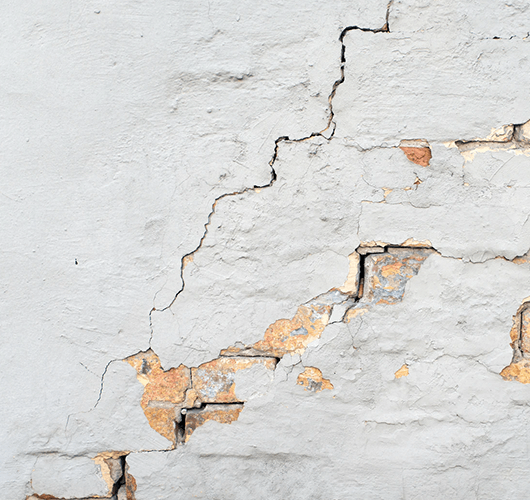 The appearance of cracks on your walls, foundation or basement can be unnerving. In addition to making structures look unsightly, cracks may also mean that there is some problem in the structure of walls or the foundation. 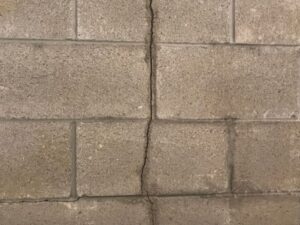 While some types of cracks simply indicate the shrinking of concrete and are therefore nothing much to worry about, the appearance of large cracks of any type should worry you. Here are details about four types of wall cracks and what they mean.

Vertical cracks run up and down in an upright position on walls and foundations. These types of cracks may also appear in a slightly slanting position (about 30 degrees relative to the perpendicular position). Vertical wall cracks often occur as a result of concrete shrinkage and are therefore also referred to a shrinkage cracks.

Diagonal cracks run in a slanting manner (30-75 degrees relative to the perpendicular position) from one point to another on a wall. The cracks may be narrow (referred to as hairline cracks) or wider. Unlike vertical cracks, diagonal cracks are usually a sign of more serious structural issues. Such issues include an uneven shifting or settling of the foundation.

Uneven foundation movement or settling can occur as a result of a house having been built on a slope. It can also be due to excessive moisture in some sections of the soil around the foundation, which will cause the foundation to sink more on one side, leading to diagonal cracking.

Because diagonal wall cracks require more skills and resources to repair compared to vertical cracks, you need to call a professional wall repair company the moment you spot these cracks. 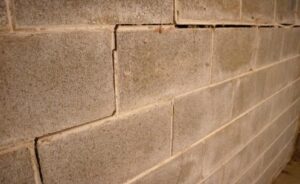 Horizontal wall cracks are a sign of severe damage to your building’s walls or foundation. These types of cracks occur due to foundation bowing, which is caused by any of the following factors:

Horizontal cracks are much more complicated and thus need to be urgently checked and repaired by a skilled technician.